There was an open house session of investors and interested parties in which many SME stocks were discussed.

I was a part of this discussion and have made notes about each – some of the notes have been compiled by my questions, some by reading through the handouts.

I’m not going to judge or rate any company, you should draw your own inference:

The company makes IoT (Internet of Things)-enabled machine tooling CNC machines/lathes. It is coming out with an IPO shortly, and business model looks good on the surface. However, please take the following into consideration:

The inventories at that time were 39 crores.

The company’s gross profit margins are 32% and it takes 60-90 days to make one machine.

Therefore, it would be reasonable to expect that the minimum sales of the first 3 months in 2018-19 would be 51 crores (old inventory + 32% margin).

However, the sales from April to August 2018 are just 24 crores.

The reply received was that the first 6 months was a slack period and sales would pick up in the later half, which is a good thing.

2. Though the promoters are technocrats, the key management is just 12 months old. The reply received was that the company started building a team 12 months back to expand business.

Then, the promoters allotted bonus shares in the ratio of 4:1.

Current capital is 10.7 crores. Post issue the capital will jump to 15 crores. So EPS will taper down quite a bit.

The company has a solid business model (technical staffing mainly for the hydrocarbons and engineering sectors). This is on the lines of TeamLease, which is doing well.

However, the following niggles emerged from our discussions:

1. The company has reported negative operational cash flow of 8.8 crores for the year ended March 2018 and has taken loans of 8.42 crores to meet the shortfall.

The answer received to this was that the clients take about 60-70 days to pay the bills and the company must pay their contractual employees on time, every month.

Well, this then leads to another question, which was not asked because of shortage of time: If the company is in the business for many years then it is logical that it would have built up reserves to hire new contractual employees and pay them (with no discomfort) until their bills are paid by clients.

The company is a licensee for Tommy Hilfiger’s accessories and luggage, and for Anita Dongre’s line. Plus, it has launched its own brand, SugarRush.

New here’s a weird thing – The Stock Axis app reports the Book Value of Brand Concepts as 4.60 and a P/BV of 1.36 as on 31-3-17. The app also reports negative reserves. Unsure abut this dichotomy: 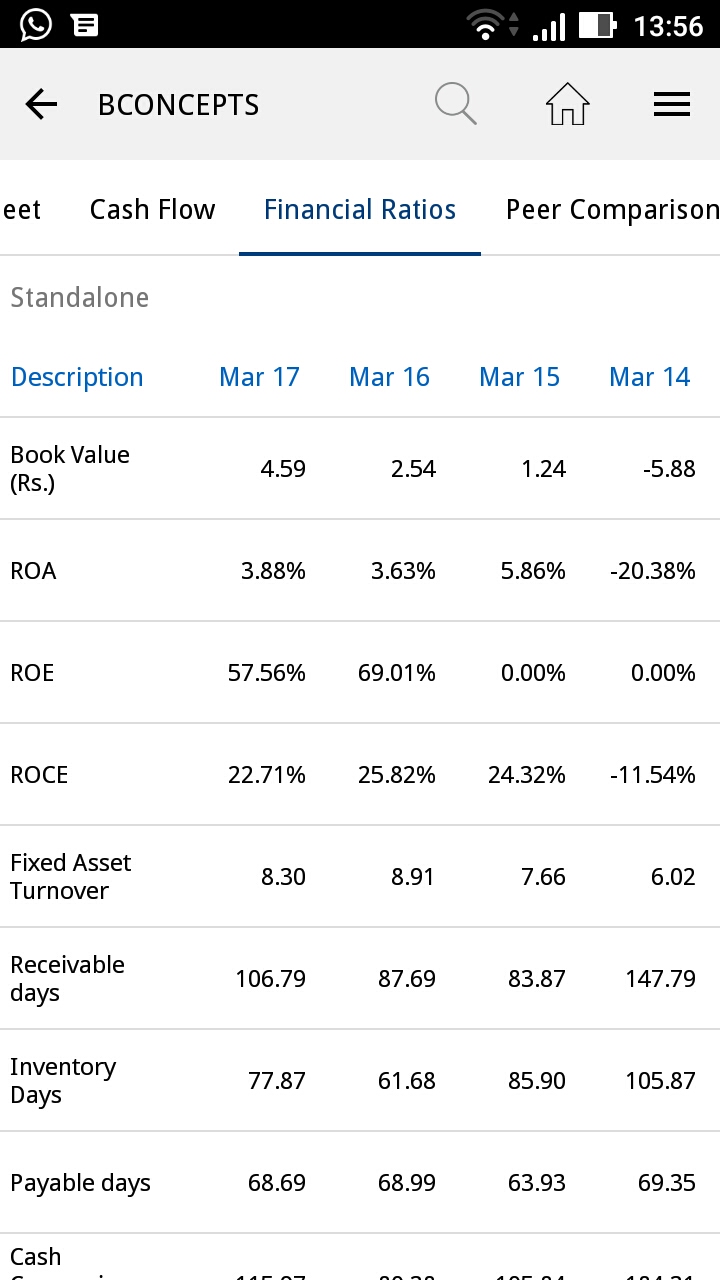 The company operates luxuries and premium spas. gym and lifestyle businesses. It typically enters into an agreement with international brands and offers its expertise to existing spas that are not managed well, and to hotels who are interested to have a well-known spa franchise in their premises.

1. The company’s medium-long term goal is to operate 60-70 luxury and premium lifestyle outlets.

From these 27 outlets, it has generated 25.51 crore revenues and a net profit of 28 lakhs on a share capital of 10.4 crores. The figure is very low.

3. This is a low barrier business for any existing spa owner with a bag full of cash.

The company manufactures blinds and is of the opinion that blinds will replace curtains over the long run. It is a competitive business with many players.

1. The company claims it sells its products in 355 galleries, and its sells in both the domestic and international markets.

3. Assuming all the sales are domestic. this implies that sales per gallery per year work up to Rs 9,01,000.

4. The debtor days the company offers currently stand at 206. This is quite a long credit period.

5. The company has recently tied up with a distributor in the Middle East to promote sales.

1. 43% of the revenue is derived from digital transformation services, which is a pretty routine thing with almost no entry barriers.

2. 53% of the revenues are derived from providing IT support to the proprietary software of established businesses. This can be described as a business that will witness steady growth.

3. 4% of the business is automated engineering. This has potential, but percentage of business from it is low at the present.

4. Being more into IT support services, the company has not developed a product.

The company is into making speakers and amplifiers, predominantly for the export market (Bangladesh, Africa, and other such nations). It makes speakers for mobile devices too, which should be in heavy demand these days.

1. The company has established a solid brand reputation in the African and the smaller SAARC nations. Per the answers received, the company’s speakers enjoy a reputation in those nations just like BOSE does in India. A very bullish statement.

2. The company makes a very large range of speakers and loudspeakers that cater to all applications.

4. On both standalone and consolidated basis, the operational cash flows have been negative for 2017 (-5.54 crores) and 207 (-8.9 crores), which have been filled by borrowing.

I do not have the AR of 2018 and therefore do not know current year figures.

5. The company is expanding and should soon set up a new factory.

This company may or may not launch an IPO, but something seems to be in the works

The company provides solutions and has products that are suitable for NBFCs and HFCs. It is promoted by the ex-SE Asia Head of 3i Infotech.

1. The current capital is 20 lakhs. This means that the promoters will issue a rather large bonus issue before the IPO.

3. The company is also expanding in the Middle East and African markets.

This company may or may not launch an IPO, but something seems to be in the works

The company is into cosmetics and incidentally, NELF is an acronym of Nails, Eyes, Lips and Face. It is going up against the likes of HUL, Tresemme, and a few other giants.

1. The company totally outsources production. Maybe it imports lock, stock and barrel from China. Its total fixed assets are just 32 lakhs out of 7.86 crore total assets.

3. Sales from April to July 2018 are 4.53 crores, while current assets (breakup not known, but I’m assuming debtors and inventories are the major components) work up to 12 cores. 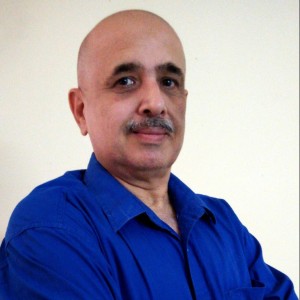