The Bollinger Bands indicator is made up of 3 bands:

The top and middle bands are low and high price boundaries, and these moving higher or lower based on price movements. Let’s explain this with a chart:

Check how the band positions shifted. When Reliance was in the 600s, the bands were at a lower position on the charts and look at how they shifted position when Reliance moved higher.

The Middle Band is the 20-Period SMA.

Don’t worry too much about mastering the formula – leave it for the mathematicians.

All you need to know that is that the upper and lower bands keep pace with the price.

The middle band is the 20 Period SMA.

Prices move in the band.

One mistake traders make is that they sell when the price hits or crosses the upper band, or buy when it slips or hits the lower band.

This is a wrong strategy and it is the reason why I explained right at the beginning that the bands will move in sync with the price.

A. TRADING THE SQUEEZE

When the Bollinger Bands are squeezed, it denotes a steady trend AND when the bands continue to remain squeezed, it implies that an extreme bout of buying or selling can occur at any time.

Check the Bajaj Finance Chart and view the period of squeeze and expansion. You will witness that expansion (volatility) occurred after a period of steadiness (squeeze). 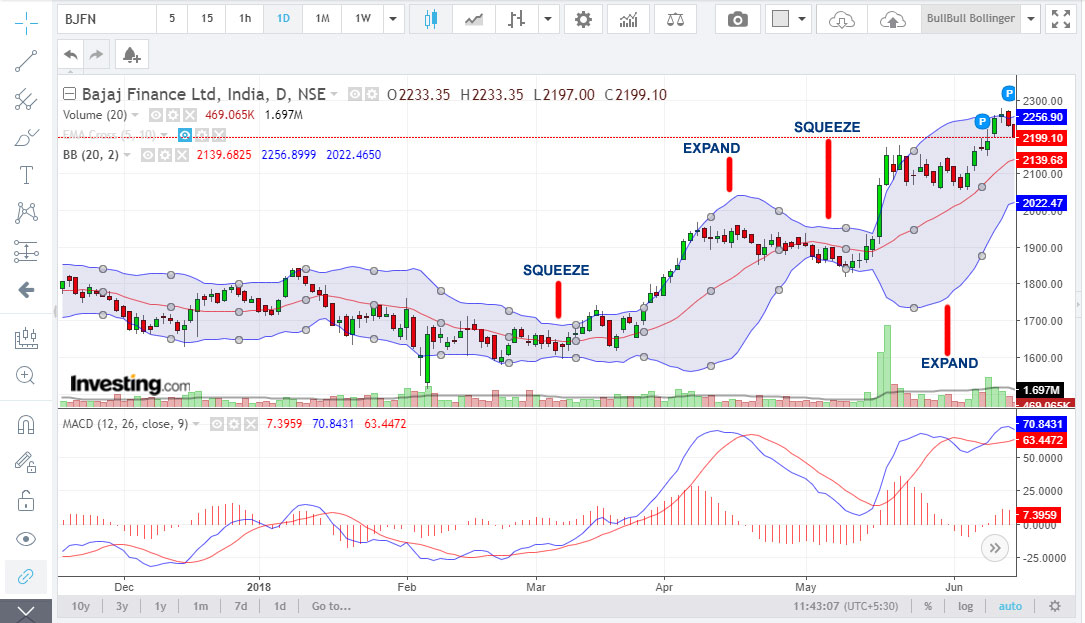 Therefore, when you see that the Bollinger Bands are squeezed, look for the following signals:

By definition, Bollinger Bands imply that the the price will hit either the top or the bottom and settle down around the middle band. So, the trader must enter when the price starts moving above (bullish) or below (bearish) the middle band.

Let us see if this traditional trading method works out: 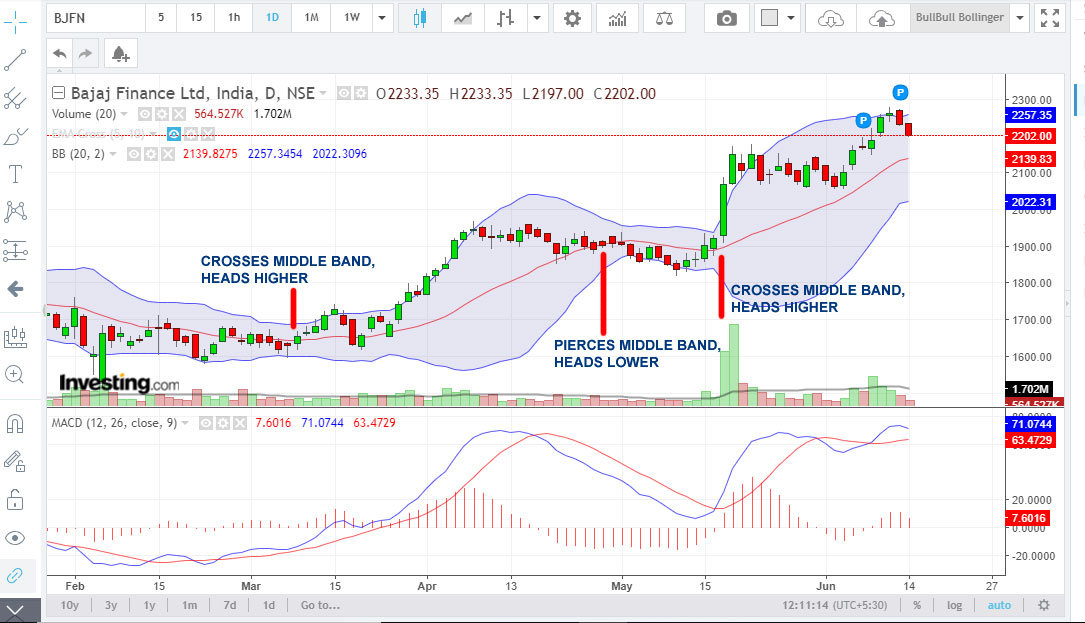 As you can see from the Bajaj Finance chart above, the traditional method of trading Bollinger Bands does work out.

However, it will help if you use another indicator such as the MACD. If you notice, the MACD gave an advance signal in the chart above.

1. Buy when price crosses Middle Band so long it is validated by MACD or volumes. – If the band is squeezed, you can consider holding for a longer period.

2. Sell when price hits Upper Band when the band is expanded and so long it is validated by price action (candles, volumes).

3. Sell when price pierces below the Middle Band if it is validated by MACD or volumes. If this happens when the band is squeezed, you can hold the short for a longer period or consider buying PEs.

4. Buy when price hits Lower Band when the band is expanded if validated by price action (candles, volumes).

5. Undecided players can play the swing between the Middle Bands and the Upper/Lower Bands so long it is validated by MACD.

C. INVESTORS AND THE BOLLINGER BANDS

If you have understood what was explained above, check the following chart. 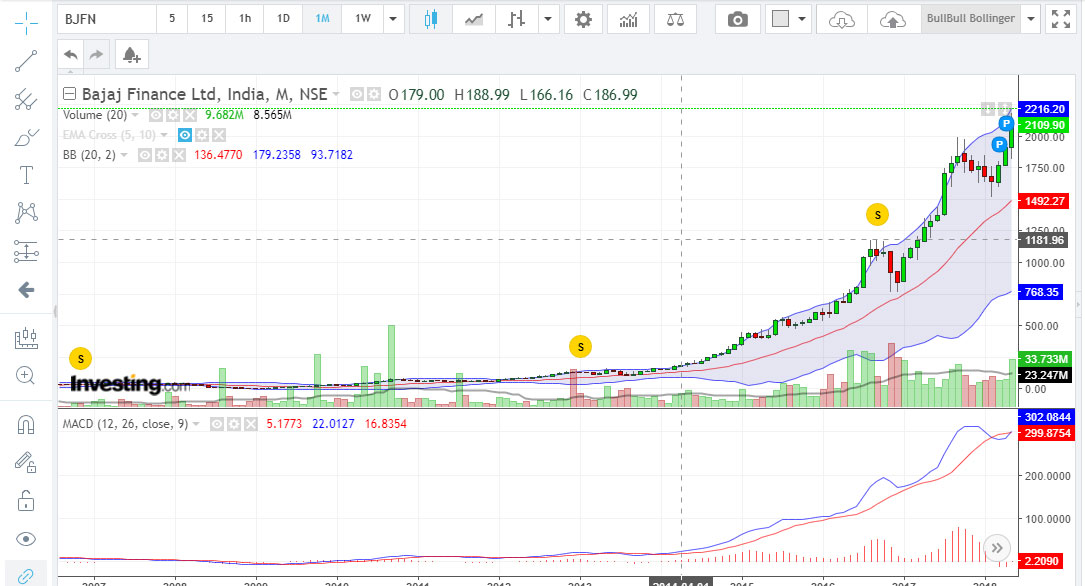 Without looking at any other indicator, I can say with confidence that Bajaj Finance is headed much higher in the long term, but it is possible that the Bands will narrow and the stock will enter into a steady phase before the next move.

Bollinger Bands works well on all time periods. However, you should always check the 1H, 1D, and 1W charts to understand the big picture before taking a position.

Now remember that no technical indicator is perfect and the same goes for Bollinger Bands.

That is why it is always a good idea to validate its signals wih another indicator, such as the MACD,

This post would have given you a fair idea on how to trade Bollinger Bands, Go ahead and perform some paper trades to check its efficiency.

11 Comments on "How To Use Bollinger Bands"